The mission of Donetsk State University of Internal Affairs is to promote a safe and comfortable environment for students, cadets, teachers, staff and visitors to the university and to develop the abilities of each individual. We are providing quality education ethically, fairly, equally and using innovative approaches and world best practices in partnership with members of the Ukrainian and international community.

The Donetsk State University of Internal Affairs is committed to achieving the highest standards of university degree, professional ethics, performance and excellence. We are dedicated to the student oriented education principle and directed to becoming one of the most progressive, innovative and professional Universities in the nation.

The Donetsk State University of Internal Affairs emphasizes the values of professionalism, integrity, respect, customer service, responsibility and accountability, with all of our employees as we strive for excellence and continuous improvement. In doing so, we shall adhere to the core values to guide our decisions and behavior. We value: 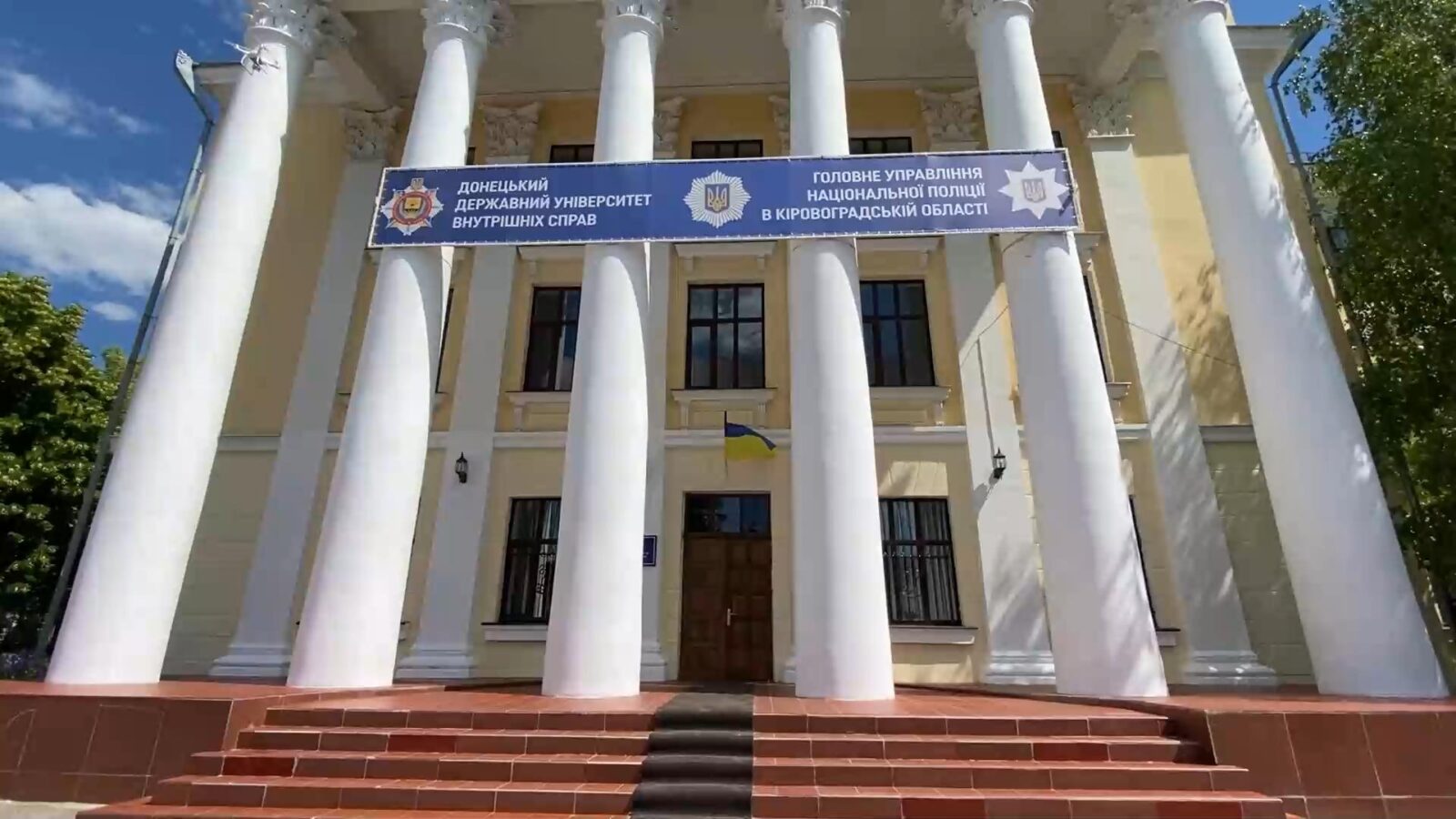 Donetsk State University of Internal Affairs begins its history with the Donetsk Special Police High School (1961), which was first located in the village of Novozhdanivka, Khartsyzsk district, Stalin region. The first graduation in 1962 was only 130 young police officers.

In 1965, after the relocation of the Donetsk Special Police High School to the city of Donetsk, the establishment of an educational institution began, including the construction of a school campus.

In March 1992, the Donetsk Special Police Secondary School was reorganized into the Donetsk Police School of the Ministry of Internal Affairs of Ukraine.

The date of birth of the higher educational institution is February 8, 1993, when the Donetsk Institute of Internal Affairs was established on the basis of the Donetsk branch of distance learning of the Ukrainian Academy of Internal Affairs and the Donetsk Police School at Donetsk State University. The institute began its development with 3 faculties and 8 departments, which were part of its structure.

There are many bright and sometimes heroic pages in the history of the school. The cadets of the institute (schools, colleges) in different periods provided order and protection of the most important objects after the accident at the Chernobyl nuclear power plant, protected civilians from arbitrariness and banditry in “hot” spots in the 80’s and 90’s, provided assistance in liquidation consequences of natural disasters and more.

In the city of Donetsk, more than 4,000 cadets, students from all regions of Ukraine received higher education in all forms of education. At that time, the Institute was licensed to provide educational services related to higher education at the educational and qualification levels of “bachelor”, “specialist”, “master”.

The post-graduate education has been operating since 1997. Until 2014, Institute trained scientific and scientific-pedagogical staff to obtain the degrees of Candidates of Sciences in the scientific specialties of management theory; administrative law and process; finance law; information law; criminal procedure and criminology; forensic examination; operational and investigative activities; theory and history of state and law; history of political and legal doctrines. During this time, 150 people received the post-graduated degree of Candidate of Sciences.

In June 2014, in connection with Russia’s armed aggression and the occupation of Donetsk by Russian troops, the institute was relocated to Mariupol, where the operational headquarters was provided, measures were taken to restore the document management of structural units, provided further development activity of the Institute as internal displacement organization. It was also possible to relocate part of the Institute to the city of Kryvyi Rih, where the institute resumed educational and scientific activities, and later resumed educational and scientific activities in the city of Mariupol also. The Donetsk Law Institute has been headed by the rector Doctor of Juridical Sciences, Professor, Police Colonel Serhii Vitvitsky since April 15, 2020

In 2021, Donetsk Law Institute acquires the status of a university and changes its name to Donetsk State University of Internal Affairs. Since then, the university has gained the status of a leading higher education institution in the Donetsk region and one of the best universities in Ukraine.

On February 24, 2022, the university was evacuated from the city of Mariupol due to hostilities on the part of Russia, and the university premises were completely destroyed by the occupying troops of the Russian Federation. Donetsk State University of Internal Affairs is currently stationed in Kropyvnytskyi, rebuilding its facilities, material and technical base and continuing to develop educational innovations.

Until 2022, the University had 2 specialized scientific councils for the defense of dissertations in 6 scientific specialties, in which 168 dissertations were successfully defended. In the new conditions of reforming higher legal education, in accordance with the requirements of the Cabinet of Ministers of Ukraine “On awarding the degree of Doctor of Philosophy” orders of the Ministry of Education and Science of Ukraine at the University created 18 more specialized scientific councils in the field of Law.

In April of this year, for the first time in the history of our University, a doctoral specialized scientific council on legal sciences (Order of the Ministry of Education and Science №320) was opened in three scientific specialties: 12.00.04 – commercial law, commercial procedural law; 12.00.07 – administrative law and process, finance law, information law; 12.00.09 – criminal proceedings and criminology, forensic examination, operational and investigative activities.

DonDUVS publishes two professional publications of category “B”: a collection of scientific papers “Legal Journal of Donbass” (specialty 081 “Law”) and scientific and practical journal “Ukrainian policing: theory, law, practice” (specialty 081 “Law”, 262 “Law Enforcement” activity”). As for the latter, we launched it in 2021. It was a requirement of time and an important step for the whole team to increase publishing activity, strengthen the authority of the National Police through the promotion of research in the field of policing. The Editorial Board fulfilled all the requirements and now by the order of the Ministry of Science and Science of Ukraine dated 06.06.2022 № 530 scientific and practical journal is included in the List of scientific periodicals included in the List of scientific professional publications of Ukraine category “B”. This is the second professional publication of our institution. It is a significant event in the history of research development of the University.

The University provides education in scientific program “Law”, which provides for the acquisition of competencies sufficient to solve complex problems in jurisprudence, mastering the methodology of scientific research and teaching, as well as conducting its own research, the results of which have scientific novelty, theoretical and practical significance.

It is possible to prepare a dissertation research in the specialty 081 “Law” in such scientific areas as:

Formed scientific schools, authoritative and competent researchers with a proven level of scientific and professional activity promote and provide quality training for PhDs and PhDs in demand outside the institution of higher education.

The Donetsk Regional Center of the National Academy of Legal Sciences of Ukraine, the Donetsk Regional Branch of the Center for Ukrainian-European Scientific Cooperation, and the International Association of Business Law operates in the University. The University is included in the Directorate of the European Public Law Organization.

There are also three research laboratories on the basis of the University: